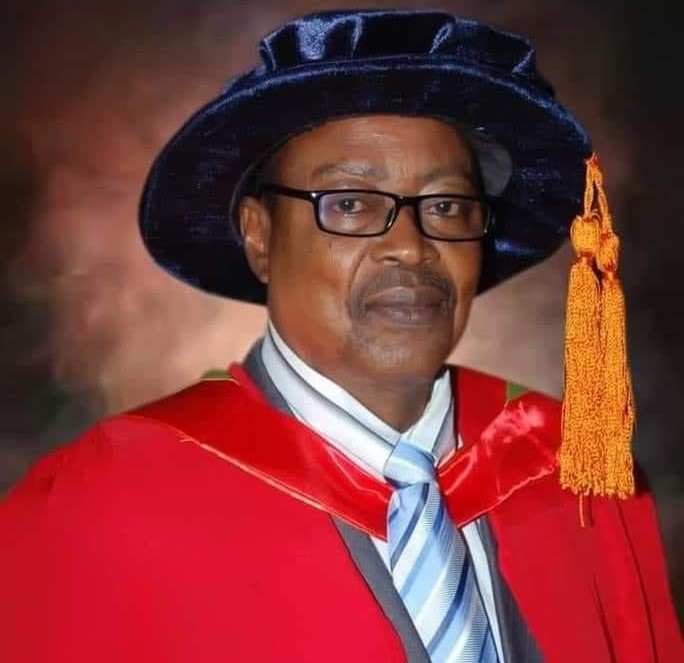 Professor Augustine Ovuoronye Ikelegbe taught Comparative Politics and Public Policy at the Department of Political Science of the University of Benin, Benin City, Nigeria before he assumed duty as Vice Chancellor of Western Delta University.

Augustine Ikelegbe became Professor of Comparative Politics and Public Policy in October, 2007. He was Assistant Dean, School of Postgraduate Studies (1994-1997), Head of Department of Political Science and Public Administration (2006-2008), and Dean, Faculty of Social Sciences (2021) at the University of Benin. He was Visiting Lecturer at Niger Delta University, Amassoma (2009-2010) and Directing Staff at the National Institute for Security Studies, Lower Usuma Dam, Abuja, (2014-2017, and 2018-2019). He is currently, Vice Chancellor, Western Delta University, Oghara, Delta State.

Professor Ikelegbe has published 14 books, 8 monographs and 94 journal articles and book chapters in reputable publishing outlets in all parts of the world. In addition, he has made over 30 presentations at public forums across Nigeria, and presented over 45 papers at conferences and research meetings in Africa, Europe, America and Asia.

He was at different times, editor of Nigerian Journal of Politics and Public Policy, Benin Journal of Social Sciences, and guest editor to the Nigerian Electoral Journal. In addition, he has served on the editorial boards of prestigious journals including, Democracy and Development, Ubhuntu-Journal of Conflict Resolution, Politics and Society, Niger Delta Research Digest, and Security and Development.

In recognition of his academic stature, Professor Ikelegbe has been External Examiner to 20 universities and institutes in Nigeria and South Africa. He has also been External Professorial Assessor in 17 Universities, and Chairman/member of NUC Accreditation Visitations in Undergraduate and Postgraduate Programmes to several Universities. He has supervised over 30 M.Sc. projects and 10 Ph.D. theses, and externally examined 25 Ph.D. theses in Nigeria and South Africa.

He is a member of several academic associations including the Nigerian Political Science Association, Society of International Relations Awareness and Nigerian Network on Security and Democratic Governance. His areas of research and publications include Comparative Politics; Public Policy Analysis; Governance and Public Sector Management; Development Studies; Conflict and Post Conflict management, Peace Building and Security.

As a distinguished international scholar, Professor Ikelegbe’s publications are used in universities and libraries all over the world and cited almost daily in scholarly publication outlets. Professor Ikelegbe is an intellectual activist, public affairs analyst, media commentator and social critique.

Professor Ikelegbe believes in the power of ideas, innovation, change and transformation; the values of hard-work, merit, achievement, quality and results; the virtues of openness, transparency, accountability, honour and integrity; the leadership style of team-work and inclusiveness; and the provision of opportunities, spaces and avenues for younger colleagues to excel and deliver on results, while providing guidance, inspiration and motivation. He is an academic to the core, ingrained in the academic traditions of simplicity, humility, discipline, credibility, excellence, integrity and honour.

He is married to a fellow academic, Professor (Mrs) Onovughe Ikelegbe of the University of Benin and they are blessed with children.